I’ve been seeing a lot of posts about film going extinct and how people should really start hoarding and collecting, or at the very least TRYING, the best kind out there. Now, don’t freak out, I’m pretty sure film will still be around for quite awhile. With the fuzzy future of Kodak brand items, it’s hard to tell if my personal favorites will be around much longer.

Now if you follow me YOU KNOW my obsession with it. Fine grain, beautiful color and slightly desaturated. They also come in 160 and 800 speed but 400 has always done the job for me in both lower light and bright light. Typically around $8 per roll but I have paid as much as $11.50 in smaller, locally owned camera shops. Amazon usually sells a 5 pack for $35.

I’ve had my ups and downs with Ektar. Not so much a fan of the 100 speed. BUT given that, I have seen people produce BEAUTIFUL work with it. It’s almost like Portra, just a little bit more saturated and less contrasty. The pricing is usually higher than Portra, around $10 per roll.

Fuji Superia is the cheapest of them all, at around $2 per roll. Don’t let that fool you though, the results are great. Typically the most saturated film I use, the colors, especially greens are really vivid, so it’s nice for outdoors. I buy this one in bulk to shoot when I’m out on the go and want to bring my camera with me. 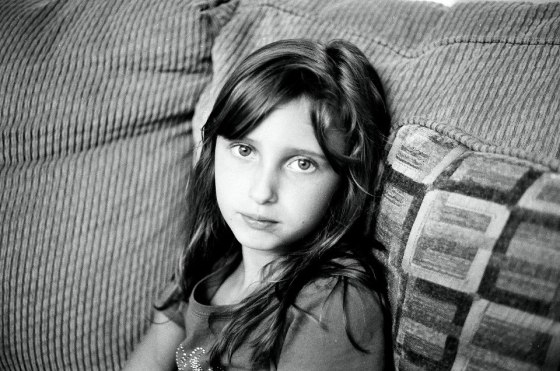 This is probably photography blasphemy but I just don’t like black and white all that much. However, if I were to recommend a film for it, it would be Kodak Tri-X. The tones are really great and the contrast is perfect, not too much not too little which I feel is sometimes a challenge with black and white work.

Ok so this one might be cheating a little but disposable camera film is often really cheap and creates this one of a kind look you can’t get anywhere else (well, except for hours of photoshopping). Most of that look is attributed to the plastic lens but the film itself is often grainy, saturated and has that “lomo” look to it. The camera is always preset, so you have no control over your settings which can create some pretty surprising stuff. I remember using them as a kid but I notice that they are getting harder to find. I give them maybe another 5 years or so before they are obsolete.

I actually can’t find any of my own slide film examples so here’s one from Kevin Grall. Fuji Velvia is my favorite but honestly, try ANY kind of slide film you can. Instead of a color negative, slide film is a color positive meaning that it looks like small pictures  (derp, which they are) on the film sheet after processing. The same type of stuff the teachers used to project onto the screen with a projector back in the day.

2 thoughts on “Films To Try Before They Die”