Today was the Millions March in D.C. The families of Eric Garner and Michael Brown came to speak as well as Al Sharpton and Jesse Jackson. I arrived around 12pm from Baltimore and the march (not protest) was in full force. They started at Freedom Plaza and marched to the Capital. Well, to about a quarter mile away from the Capital anyways. Kind of hard to do so when the march is delegated by temporary fences and walls of police. People spoke for several hours and signs waved around. People were selling tee shirts.

The amount of people that came out to stand for their beliefs had to have been around ten thousand, though I could be wrong. That is just my personal estimate. It blows my mind how fifty years ago people were still marching for the same exact thing and now, today, they still are. 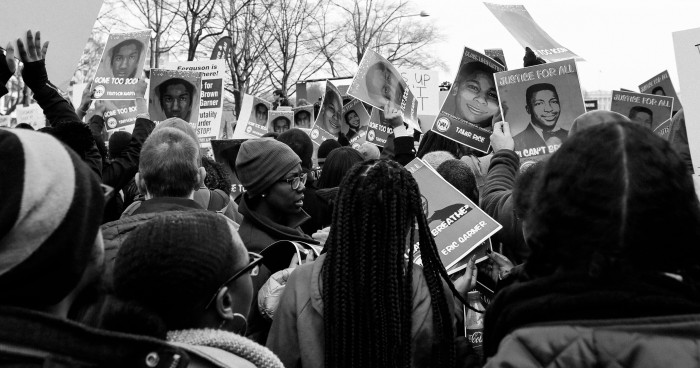 A group of people associated with the group Anonymous screamed, “You’re back there but change happens there!” as they pointed to the Capital, which was situated behind a giant screen projected into the crowd to better aide in their visibility of the speakers. At around 2 p.m. a group came from the left of the Capital, screaming “Shut it down!, Shut it down!” and they walked parallel to the corralled march behind the fences.  This is when the actual protest began. 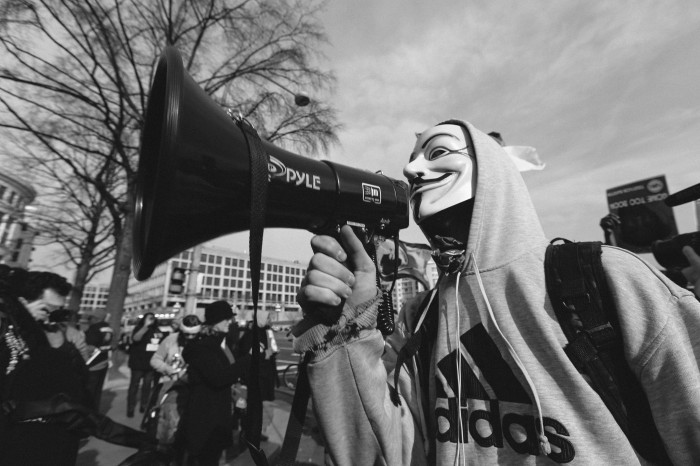 A woman passed out from associations with high blood pressure and diabetes, as said by the paramedics. Street medic Keith Howell rushed to help. The officers and street medics worked together to help the woman get safely to an ambulance. To see the video of Keith and other Anon Medics in action, please visit City Paper here.

The protest proceeded to block traffic and take the streets. 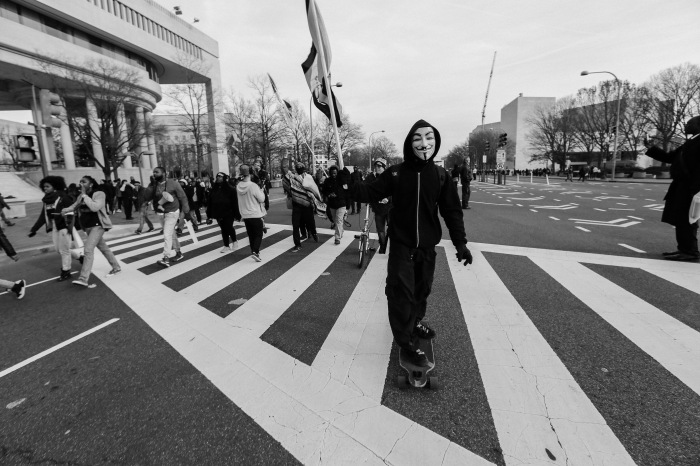 Protestors laid in the street for four minutes to symbolize the amount of time Michael Brown’s body was left in the street. At one point, a red haired man came over, laid down in the street, took a selfie, got up and walked away. 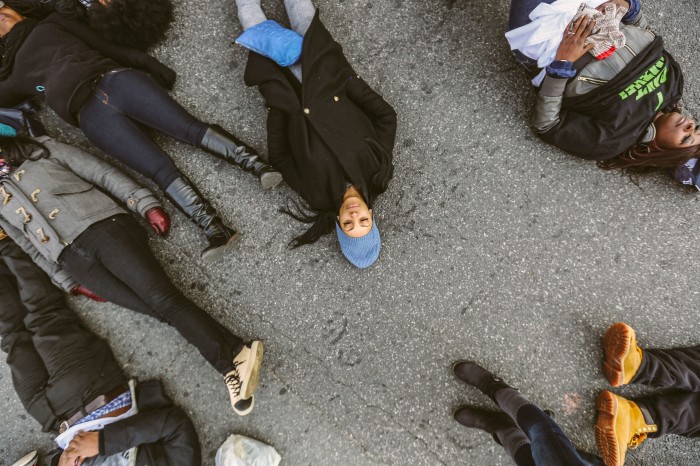 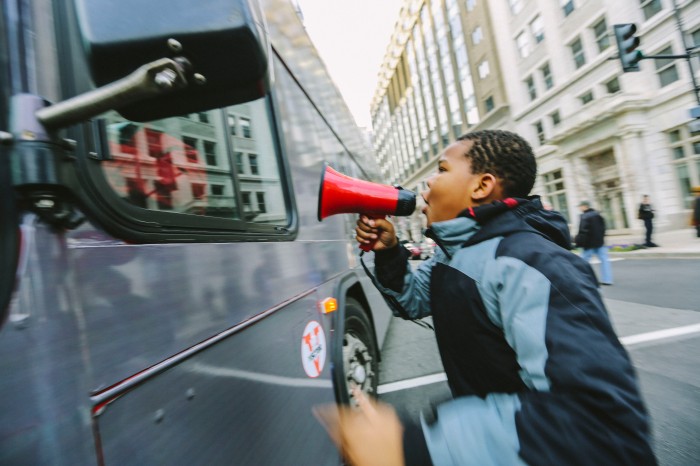 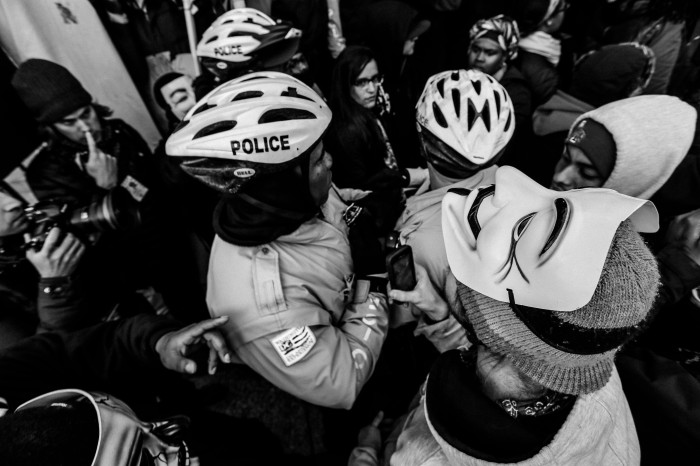 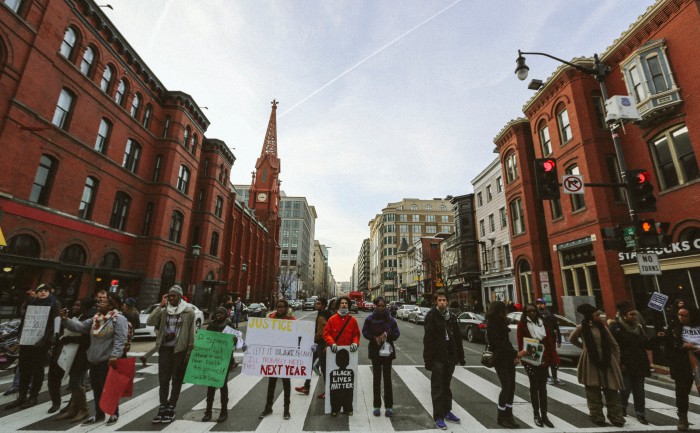 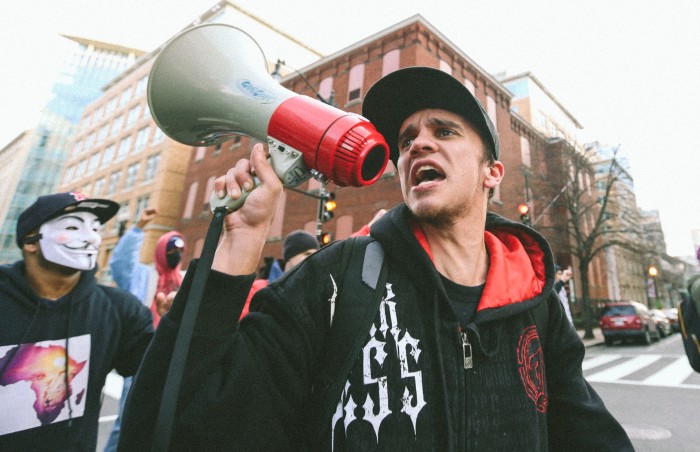 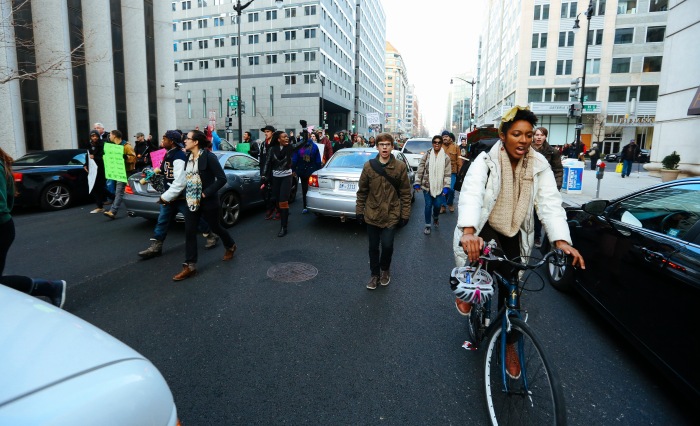 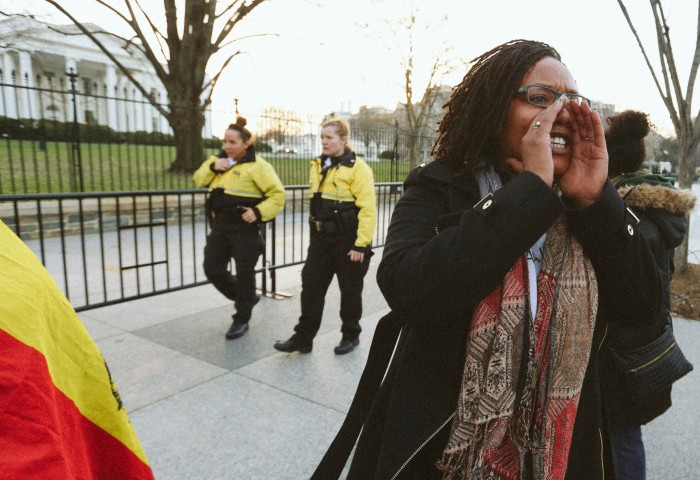 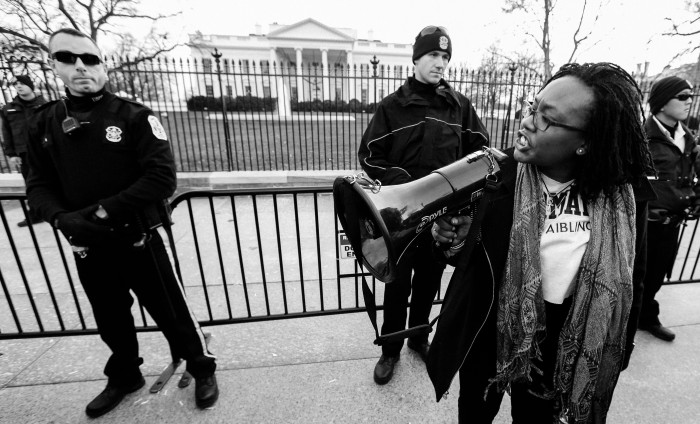 Protestors begged the police officers to acknowledge their reasoning for protesting. One man, disguised as a member of Anonymous initially, offered his mask to an officer to allow the officer to speak his own mind without fear of losing his job. The officer did not move, make eye contact or acknowledge the man. The man then replied, ” Every Nazi soldiers was just following orders, did you know that? Blink if you care enough about these people to not use brutal force against them.” The officer did not blink or move. 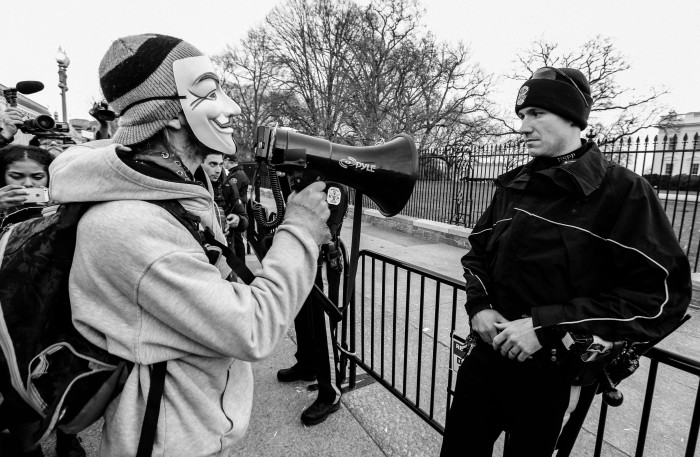 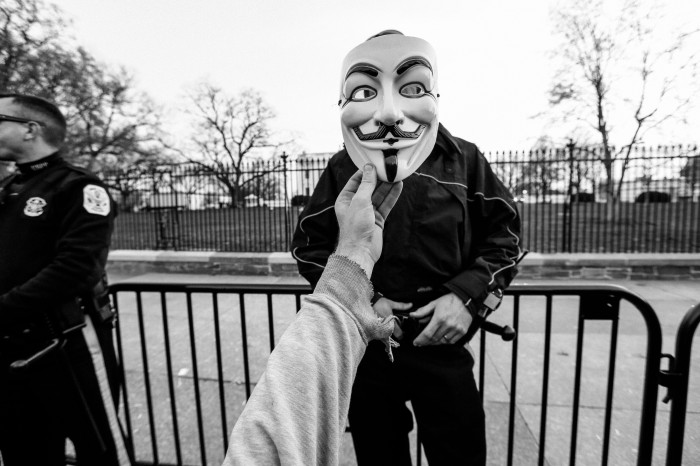 To contact me, please email at knewmanphoto@gmail.com
Please DO NOT share photos individually without permission but please feel free to share the link to this blog post.
Thank you to everyone who allowed me to photograph them and thank you for coming out to stand for what you believe in.