I know I said I wasn’t posting again until after the New Year but I went out and explored Green Mount Cemetery with Andrew and our fellow photo buddy Gabe today. Green Mount is a huge cemetery located in the middle of the city in Station North.

According to Wikipedia, this quick summary sums it up best.

The cemetery was listed in the National Register of Historic Places in 1980. Guided tours are available at various times of the year. A Baltimore City Landmark plaque at the entrance reads:

“Green Mount Cemetery was dedicated in 1839 on the site of the former country estate of Robert Oliver. This was at the beginning of the ‘rural cemetery movement’; Green Mount was Baltimore’s first such rural cemetery and one of the first in the U.S. The movement began both as a response to the health hazard posed by overcrowded church graveyards, and as part of the larger Romantic movement of the mid-1800s, which glorified nature and appealed to emotions. Green Mount reflects the romanticism of its age, not only by its very existence, but also by its buildings and sculpture. The gateway, designed by Robert Cary Long, Jr., and the hilltop chapel, designed by J. Rudolph Niernsee and J. Crawford Neilson, are Gothic Revival, a romantic style recalling medieval buildings remote in time. Nearly 65,000 people are buried here, including the poet Sydney Lanier, philanthropists Johns Hopkins and Enoch Pratt, Napoleon Bonaparte‘s sister-in-law Betsy Patterson, John Wilkes Booth, and numerous military, political and business leaders.”

In addition to John Wilkes Booth, two other conspirators in the assassination of Abraham Lincoln are buried here, Samuel Arnold and Michael O’Laughlen. It is common for visitors to the cemetery to leave pennies on the graves of the three men; the one-cent coin features the likeness of the president they successfully sought to murder.[2]

Basically, the place is a huge historical landmark.

My first time exploring this spot was when I was sent on assignment to cover a Yelp! tour when I was a photo intern. I had never been before and I had no idea so many amazing historical references, artifacts and, yes, dead famous folks, were inside. My favorite site was that of Elijah Bond, the creator of the Ouija Board. Bond was buried in a private family plot and for years no one really knew he was there. It wasn’t until recently he was awarded this sweet tombstone that is a Ouija Board…kinda like the *ultimate* Ouija Board if you know what I’m sayin’. I also was super into the sculptures that have now patina’ed over…they were once copper and are now a pale green. 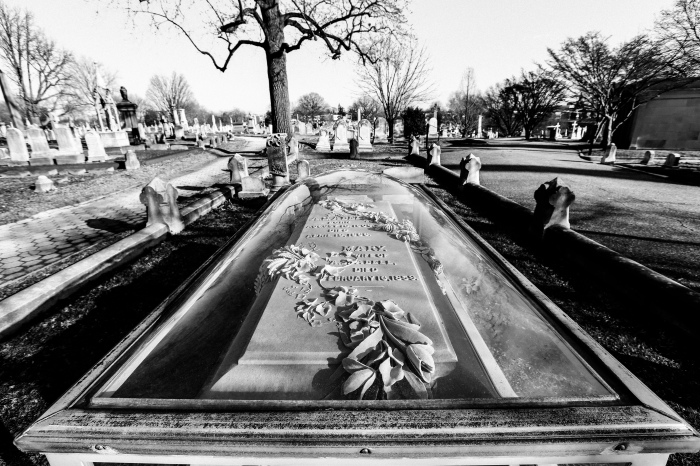 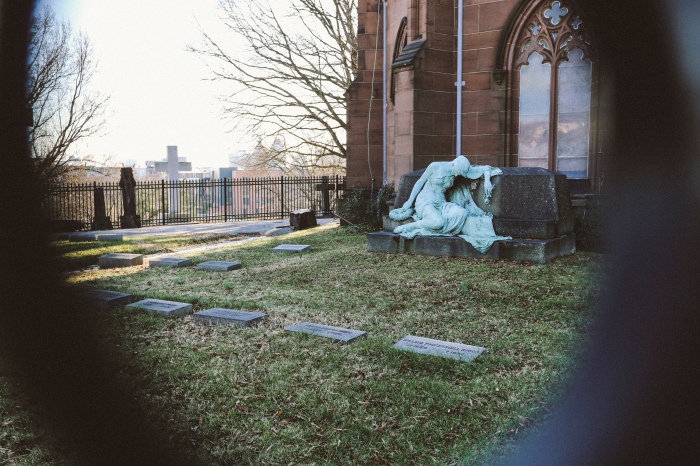 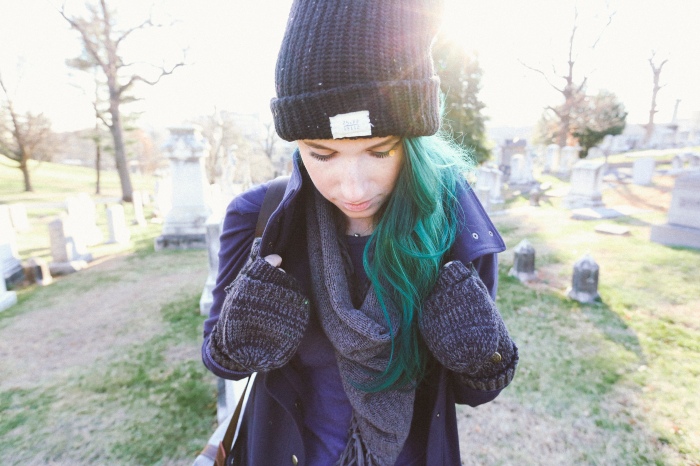 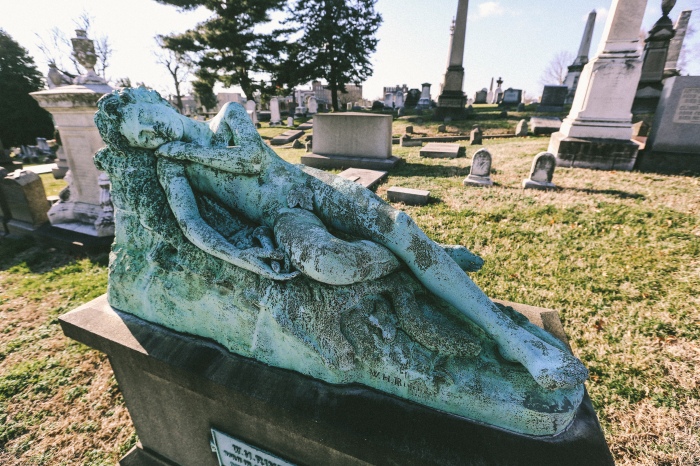 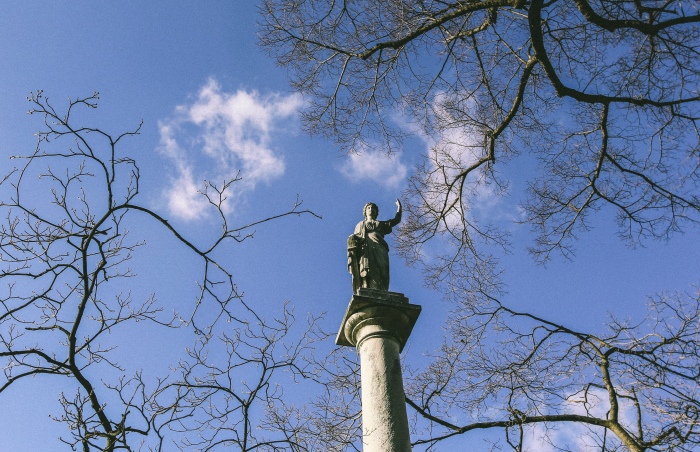 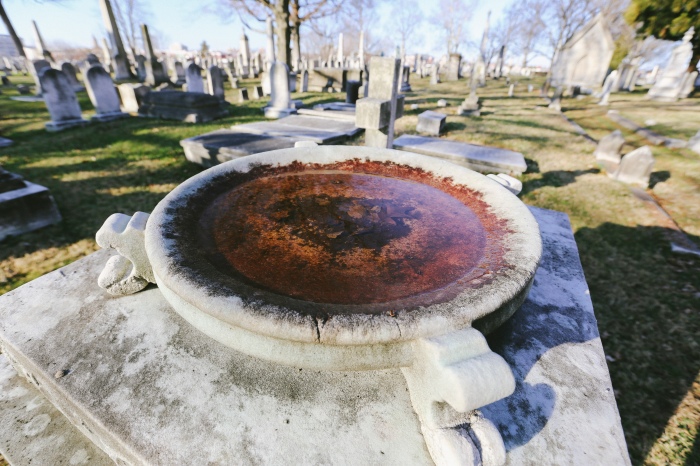 We lost Gabe, so no photos of him. The place is huge and really easy to get lost in. If you’re ever in the area I recommend checking it out, they are usually open Mon-Fri 9am-4pm.