This past Saturday was the anniversary of the death of Michael Brown. The People’s Power Assembly of Baltimore organized a peaceful protest in remembrance.  The group met at Penn North at 3pm, the familiar site of the burned down CVS that local and international media crowded around during the April protests, and marched downtown.

The march was peaceful. Protestors marched down to the intersection of MLK and Howard Street and laid down for several minutes – four and a half minutes. The light rail train came by and protestors stepped aside to allow it to pass by without incident. 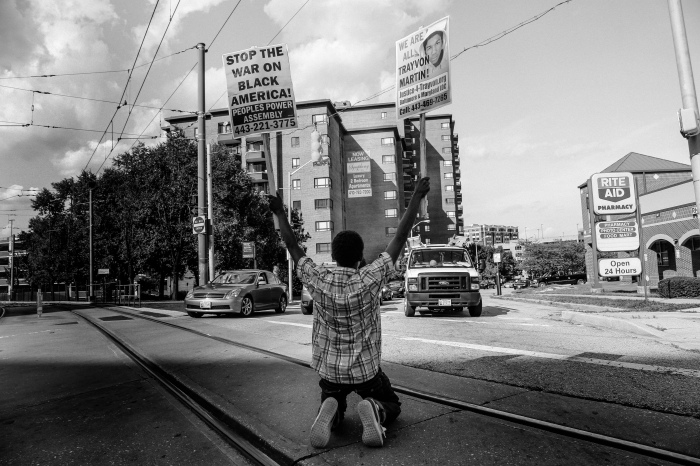 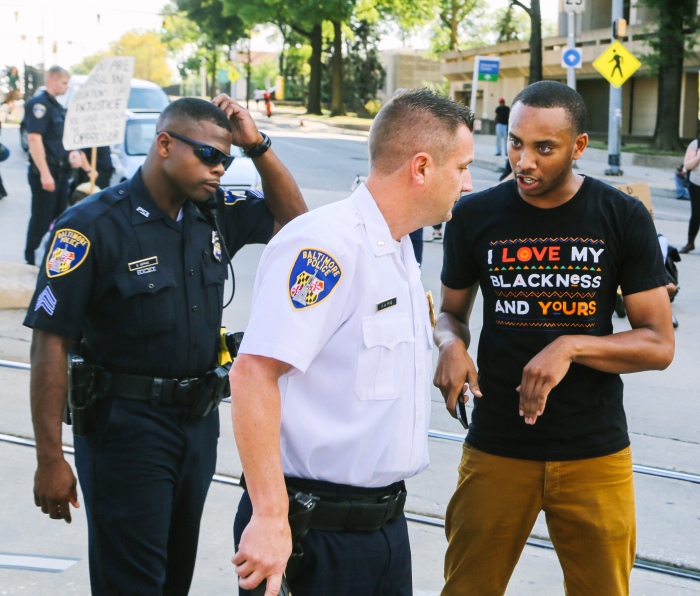 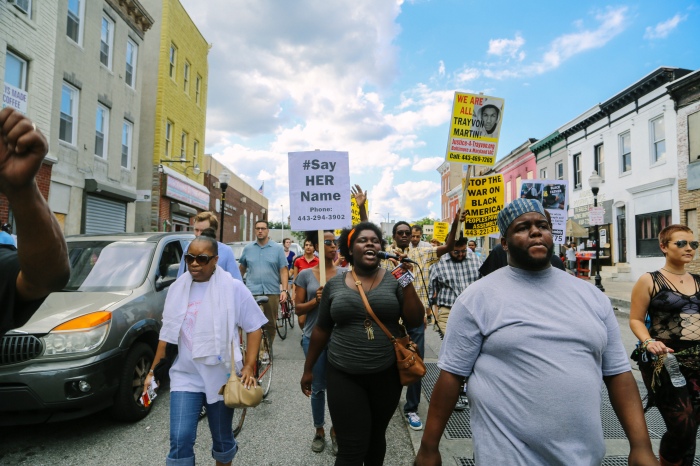 Photographically speaking, it’s always really interesting to see how the local photographers in Baltimore capture these events. We all photograph the same thing yet the photos that result are all so different – different perspectives and different point of views mean different photos. I’m really happy so see so many coming out to document this point in time, whether they’re on assignment or not it doesn’t matter, it matters for the rest of the world to be able to see this documentation. The advantage of so many local photographers and hobbyists coming out to shoot is that social media platforms are bombarded with content, so no one is left in the dark as to what is happening.